Things to consider when reading the recipes

To keep the recipes brief, the following applies across the board: 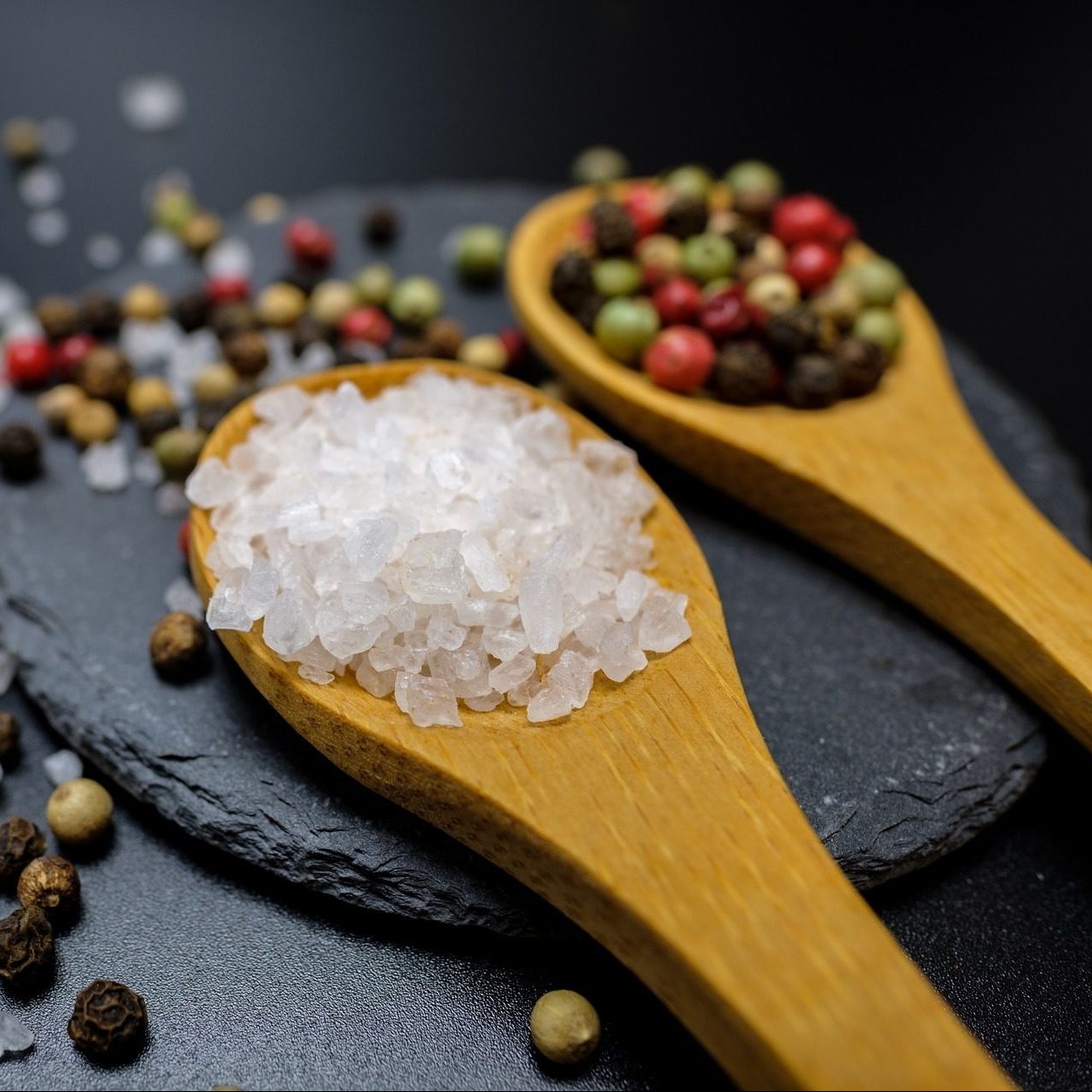 There's a bit of an assumption here, that you will already have salt and pepper to hand in your kitchen.

When it comes to salt, sometimes I use the posh Maldon Sea Salt flakes, when I just want to grab some, or it's nice to visually see the flakes, for example on something deep-fried, like a croquette or an escalope.

On other times I'll just reach for standard table salt, when a recipe is exact about the amount of salt, or if I want an even coating.  It is also so much cheaper, and I'm fairly sure I can't tell the difference in the taste!

I will try to tell you when you use the salt - which is typically towards the end of the cooking, so any reduction doesn't end up making your stuff more salty.  The old adage applies here: you can add more, but you can't take it away.  But all tastes are different - if you normally add more, or less than a recipe says, you should adjust here too.  Stir well, taste.  Don't over-do it, but really don't under-do it.  Lack of salt is one of Anthony Bourdain's 10 things that differentiate home cooking from restaurant cooking.

The other part of the seasoning duo is pepper.  I'm assuming here you have a pepper grinder.  If you don't, get one.  The little jars of pre-ground pepper are a poor substitute for the aroma of freshly ground pepper.  There are very few recipes here which you would ever want to buy those pre-ground jars.  In fact I can only think of 1: Blackened chicken.  So just grab your grinder, and put in a few grinds, as your taste dictates.

Print Page Save as PDF Send to Email

Chicken with Mirapoix and Cider

Chicken with Mirapoix and Cider

If you don’t have the SSL padlock, things are finally starting to crumble…

If you don’t have the SSL padlock, things are finally starting to crumble…

What is a DNS and why should I care?

Please log in again. The login page will open in a new tab. After logging in you can close it and return to this page.